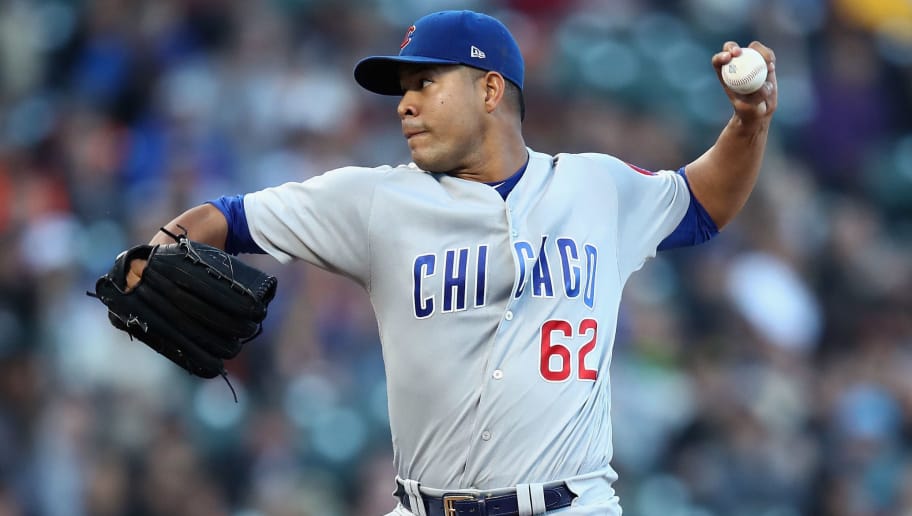 From the Saturday, Aug. 18, editions of The Daily Journal (Kankakee, Ill.) and The Times (Ottawa, Ill.) …

When it comes to brilliant baseball trades, the Cubs have pulled off more than their fair share in recent years.

But with the trade for Jose Quintana, karma is biting back – big time.

Last July, with the Cubs trailing Milwaukee by 5½ games, Epstein and Hoyer moved to acquire Quintana from the crosstown White Sox. On face value, the deal made sense. The Cubs needed another starter, and Quintana – with solid career numbers and beloved by the advanced metrics crowd – was young (28), cheap ($10 million average salary) and controlled (for three seasons).

The rub, though, was Quintana was very costly in terms of personnel, requiring the Cubs had to yield their top TWO prospects in slugger Eloy Jimenez and fireballer Dylan Cease.

I thought at the time that seemed like a high price for a pitcher more solid than spectacular who currently owned a pedestrian 4.49 ERA. Quintana was indeed solid (but not spectacular) down the stretch as the Cubs caught the Brewers to win the NL Central. He then delivered a big relief outing in the NLDS clincher, before posting an ugly 10.29 ERA during the NLCS loss.

But in 2018, that bag has torn and the bad is spilling out. Unable to establish the consistency expected of a top-of-the-rotation starter, he is 10-9 with a 4.46 ERA heading into Sunday’s game at Pittsburgh. And lately he’s been brutal. This week, in a 7-0 loss to Milwaukee, Quintana was shelled for three homers in three innings. Prior to that, he gave up five earned runs in a loss to Kansas City and six first-inning runs in a loss to the Cardinals, with one strong start against San Diego sandwiched in between.

At best, Quintana has been the Cubs’ No. 4 starter. And that might be OK if the team hadn’t given up an ace’s ransom to acquire him. But when you deal your top two minor leaguers for one starter, an ace is what you should expect to get. Quintana, however, has looked far from elite since joining the Cubs, while Jimenez and Cease continue to flourish in the minors for the White Sox.

But the performances of Jimenez and Cease really aren’t even the issue for the Cubs with the Quintana deal. They could both still bust. Rather, the issue is the Cubs squandered their enormous trade value as prospects in return for a mediocre talent who may not even make the postseason roster if Yu Darvish returns and is effective.

Giving up Jimenez for Quintana was a fair trade, but adding Cease went a step too far. When the Sox demanded him too, Theo and Jed would have been wise to walk away and either force the hand of Sox general manager Rick Hahn or look to make another move. By dangling BOTH of the team’s top two prospects, a truly elite pitcher surely could have been acquired – although one likely with less control and a bigger contract. Or the Cubs could have just acquired a pitcher who came at a cheaper price – like, say, Justin Verlander.

Instead, the Quintana deal depleted the Cubs farm system of elite prospects, which hampers the organization’s ability to deal for the true ace that it still needs long-term with Jon Lester aging, Quintana disappointing, Yu Darvish perplexing and Tyler Chatwood busting.

Bad trades can prematurely close championship windows. Here’s to hoping the Cubs’ brass can relocate its trade magic to pry theirs open for years to come.

Getting Cole Hamels was a nice return to form.