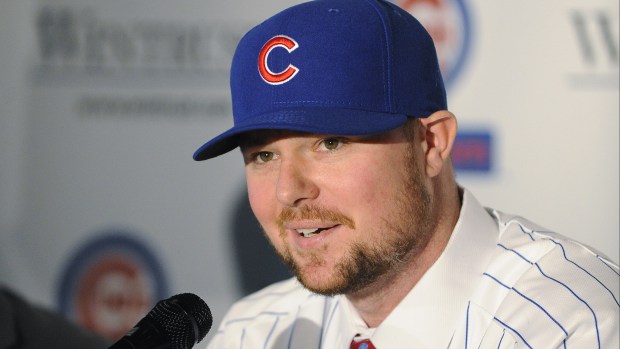 (CBS) Is Jon Lester really worth $155 million? Probably not.

Was Alfonso Soriano really worth $136 million? Definitely not.

But would a Cubs World Series championship be worth either price?

Oh, you bet it would.

Since last week when the Cubs signed ace left-hander Lester to the richest deal in club history and the second-wealthiest pitching contract in the game, the move by Theo Epstein & Co. has been widely celebrated – and for good reason, considering the relative dearth of impact arms in the Cubs’ organization.

But as ESPN.com’s David Schoenfield pointed out last week in a blog entry, “$155 million is a lot for a pitcher who hasn’t necessarily proved himself to be a consistent No. 1 starter, let alone the second-best starter in the game.”

It’s a great deal of coin that comes with a good deal of risk. Even if he stays healthy, the reality is that with Lester turning 31 on Jan. 7, it’s almost certain that due to age he won’t be worth his average annual salary of $25.8 million during the latter seasons of his record deal.