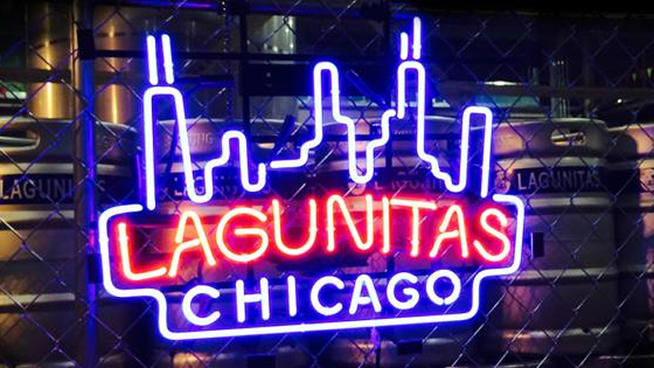 From the Saturday, Dec. 13, editions of The Daily Journal (Kankakee, Ill.) and The Times (Ottawa, Ill.) …

Santa may be fine with milk and cookies, but for other elves age 21 and over with an interest in something a bit stronger, there’s plenty of “Christmas Cheer” to be had in

The following are some of the city’s best taprooms worth visiting this holiday season – or any season, for that matter.

The newest arrival to Chicago’s craft beer scene is also its biggest. In April, Rogers Park native and Northern Illinois University alum Tony Magee returned to the Windy City after having left more than two decades earlier to found the original Lagunitas Brewery in northern California.

In Pilsen, Magee opened a massive 300,000 square-foot facility inside a former steel plant that has served as a set for NBC’s Chicago Fire. In June, the brewery opened a sprawling 300-person taproom located on the building’s third floor that’s reached via a long hallway playing the theme from Willy Wonka. And it is quite the wonderland, featuring an array of long picnic tables and a large bar that feels like something of a hipster version of Oktoberfest. The taproom also offers a 360-degree view of the brewing operation, live music, delicious food – and, of course, a full lineup of Lagunitas’ celebrated beers.

My wife and I are particularly fond of the “A Little Sumpin’ Sumpin’ Ale.” And if you want to try sumpin’ of your own, the taproom is open Wednesday through Sunday. For hours and more information, visit lagunitas.com/taproom/chicago.

In 2006, Half Acre was started in a spare bedroom by a single brewer. From those humble origins, the brewery in Chicago’s Lincoln Square neighborhood has grown to develop a loyal following that’s made Half Acre’s Daisy Cutter pale ale particularly famous throughout the area.

In 2010, Half Acre became the first brewer in Chicago to can beer, and these days its multi-room building houses the brewery, store and cozy taproom with all of its beers on tap. At noon each Friday Half Acre taps a fresh 10-gallon firkin filled with one of its brews and pours until it runs dry.

The taproom is open Tuesday through Sunday. For hours and more information, visit halfacrebeer.com.

Lesser known, but no less delightful than Chicago’s more famous craft brewers, Atlas was founded in 2012 by a couple of guys with an appreciation for suds and food who decided that it would be fun to own a brewpub.

We’re better off for it.

Atlas is open Monday through Sunday. For hours and more information, visit atlastbeercompany.com.

While working as a cellarman and brewer at Goose Island during the late 1990s, Josh Deth dreamt up his idea for Revolution Brewing. More than a decade later in 2010, it finally became a reality – and a revelation – for the Chicago craft beer scene.

Best known for its Anti-Hero IPA as well as an array of other ales, porters and saisons, Revolution opened its brewpub in Logan Square in 2012 offering house-made charcuterie, freshly baked breads and vegetarian dishes. It’s open Monday through Sunday. For hours and more information, visit revbrew.com.