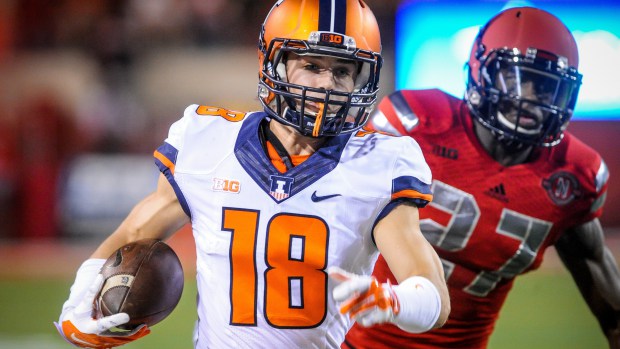 (CBS) The Illinois Fighting Illini have themselves a bowl game. Tim Beckman has himself another season as coach. And the football program now has itself back to where it was in 2011 when Ron Zook was fired after a 6-6 season.

Struggling just to get back to .500 and play in a lower-tier bowl wasn’t the plan three years ago when Illinois athletic director Mike Thomas explained Zook’s dismissal by stressing a need for increased Big Ten success and declaring that, “It is imperative that our program shows some consistency and competes for championships, and I think a change in coaches can help us get there sooner.”

So far, that hasn’t proved to be the case with Beckman, as he’s posted a record of just 4-20 in conference and 12-24 overall. However, the embattled coach did close out the regular season on a surprising two-game winning streak, earning himself a reprieve from the chopping block.

And so as the Illini use this bonus month of practice time to prep for the Heart of Dallas Bowl on Dec. 26 – and the 2015 season beyond – here are some action items that I’d suggest Beckman and Thomas put on their to-do list if they hope to give the weary Illinois fan base what it deserves.