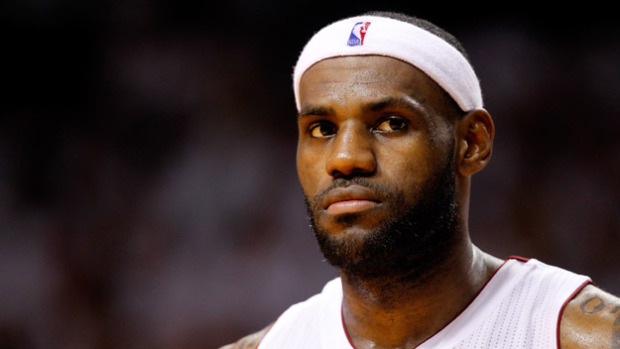 Even if he lived up the bawdy proclamation that he issued four years ago upon taking his talents to South Beach and was to actually win, “Not one, not two, not three, not four, not five, not six, not seven” NBA championships for the Miami Heat, James still wouldn’t be Jordan.

No one is. Or likely ever will be.

It’s not just because Jordan won six NBA titles that his all-time greatness is so deeply ingrained in the minds of most basketball fans. It’s also the fact that once he got to the NBA Finals, Jordan never lost there.

That sterling 6-0 record in the championship round is almost impossible for any player to duplicate — and certainly for James, whose personal record in NBA Finals now sits at a lackluster 2-3 following the Miami Heat’s loss to San Antonio on Sunday.

Fair or not, many will judge James’ all-time greatness in comparison to Jordan by how well he fared on basketball’s biggest stage. Based on those results thus far, a friend of mine this week made the analogy on Facebook that “Jordan is to Russell what LeBron is to Chamberlain.” And while I’d never viewed LeBron James’ legacy through that historical prism before, once I did, I couldn’t have agreed more.