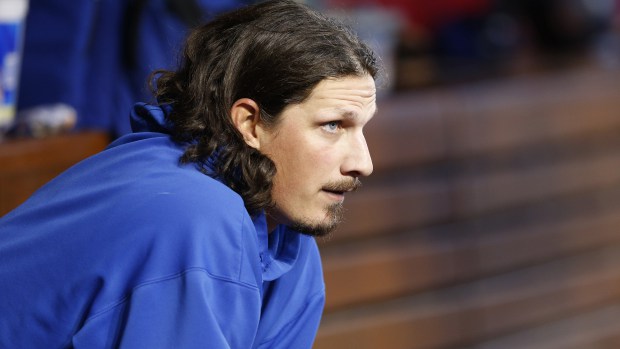 (CBS) With trade rumors swirling and scouts descending upon the games he starts, it seems as if almost every team in Major League Baseball is interested in Jeff Samardzija these days.

So, it’s nice to reportedly see the Cubs interested in him, as well. And not just as a trading chip, but as a long-term piece of their puzzle.

The offer is rumored to be for the same five years that the Cubs and Samardzija had previously discussed, but for more cash than the $60 million-$65 million that’s said to have been on the table. To keep Samardzija, it likely will take something close to the $17.5 million annual value in the the six-year contract that Cincinnati signed Homer Bailey to during the spring, according to Wittenmyer.

Over five years, that would equate to an $87.5 million deal to keep Samardzija in Chicago. Others may disagree, but to me, that price tag sounds reasonable, even if Samardzija ultimately winds up as a No. 2 starter for the Cubs. However, since the news of potential contract negotiations broke, I’ve also had more than one person say to me that such a pricey extension for a pitcher Samardzija’s age – he turns 30 in January – is too much.