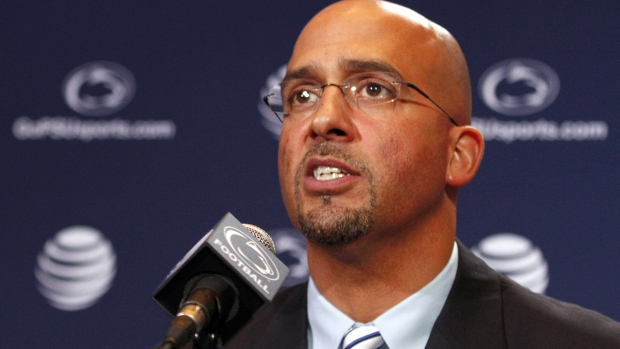 Although, this week, the SEC – of all leagues – is arguing otherwise now that Notre Dame and Penn State, a pair of (gasp!) northern schools, have declared their intention to invade the south’s fertile recruiting turf by bending the NCAA rules in a way that SEC schools would surely admire.

If they weren’t on the short end of the stick, that is.

Here’s the hot read on the situation that has SEC coaches crying foul: NCAA rules prohibit coaches from running camps more than 50 miles from their campuses, but they does allow “guest coaching” at camps hosted by other programs – no matter where those programs might be located.

As a result, Nittany Lions coach James Franklin will “guest” host satellite football camps this summer at both Georgia State University in Atlanta and Stetson University in DeLand, Fla., while Fighting Irish coach Brian Kelly is planning to do the same at Georgia State.
Georgia State and Stetson benefit from the arrangement by drawing more high-quality players to their camps, while Penn State and Notre Dame sidestep the NCAA rulebook and get to work with and recruit athletes because they’re merely considered to be “guests” of the host staffs.

Such satellite camps are sending SEC coaches into orbit because their conference is the only one in the nation that outlaws its members from being guests at another school’s camp. That rule is surely something that’s now drawing a chuckle from Franklin, who recently matriculated to Happy Valley after spending three seasons coaching in the SEC at Vanderbilt.