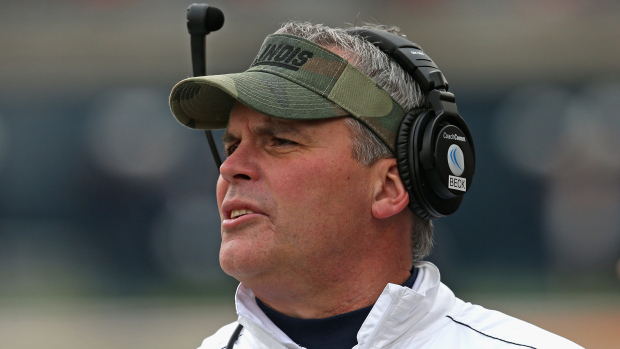 My CBS Chicago column from March 27 …

(CBS) Tell me, what came first, the chicken or the wins?

At the University of Illinois, something along those cracked lines of the chicken-or-egg riddle is what has to be puzzling athletic director Mike Thomas this week as he announced a new initiative to double his department’s donor base to 15,000 and its annual revenue to $15 million by 2020.

With every big-time athletic department in need of cash to compete, the mission at Illinois – which includes new donor levels, including one as high as $50,000 and one as low as $50 – appears to be a worthy one. But, nevertheless, the question remains, can Thomas really expect to make an omelet without cracking a few more wins first?

On Wednesday, Champaign News-Gazette columnist Loren Tate reported that the University of Illinois’ I-Fund – the annual revenue generated from donors to pay for the scholarships of 520 student-athletes (or student employees, if you ask Northwestern’s football team) – is lagging far behind similar funds at other major-conference schools.
According to Thomas, during the past 20 years, tuition at Illinois has tripled from $10,000 to more than $30,000 for in-state athletes, and to more than $40,000 for out-of-staters (of which there are more than 50 on the football team alone).