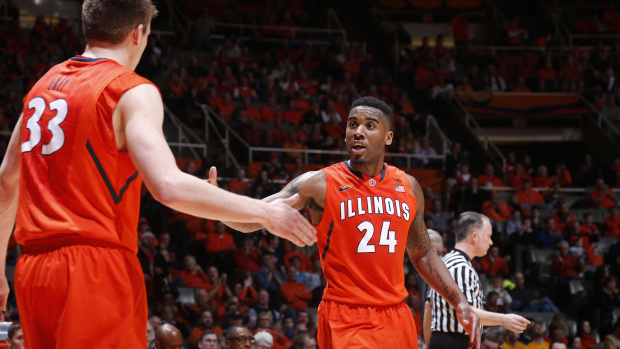 (CBS) They’ve seemingly been on life support since the New Year, but like zombies on AMC, this Illinois basketball team isn’t dead quite yet.

In fact, these Illini are still fighting.

And as outlandish as it may sound – and as unlikely as it may indeed be – the other fact is that Illinois still has something big to fight for: namely, a chance for an NCAA Tournament berth.

On Wednesday night, Illinois took the air out of “Nebrasketball,” using a stifling defensive effort to deflate the soaring Cornhuskers in a 60-49 win at State Farm Center. The victory was the Illini’s second in a row and third in its last five after suffering eight straight losses, improving their record to 16-12 overall, 5-10 in the Big Ten.