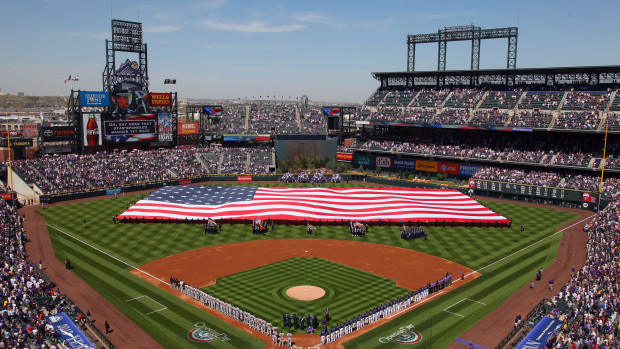 Well, Budweiser and Ozzie Smith think so. But as much as I love baseball, I can’t say that when it comes to establishing Opening Day as a holiday that I’m drinking Bud’s Kool-Aid.

For one thing, it’s far too cold.

On Tuesday, Budweiser – the “Official Beer of Major League Baseball” – and Smith – the official back-flipper of the St. Louis Cardinals – announced that an online petition had been posted at whitehouse.gov to make Opening Day a national holiday.

Active for 30 days, the campaign is intended to gain support for the holiday initiative before the start of the 2014 Major League Baseball season.

The petition reads: “MLB Opening Day is more than just the beginning of the season. It’s a symbol of rebirth. The coming of spring. The return of America’s national pastime. It’s a state of mind where anything is possible. You can feel the electricity in the air. Opening Day brings with it the promise of a new beginning. Every fan is in good spirits. It’s a day of celebration. It’s a day of hope. It’s a day that, for generations, has been looked forward to by baseball fans every offseason. It’s an American tradition, and it deserves to be recognized as an American holiday. Join us in our quest to make sure every American can exercise their inalienable right to celebrate the day those two magical words are uttered for the first time: ‘PLAY BALL!’”