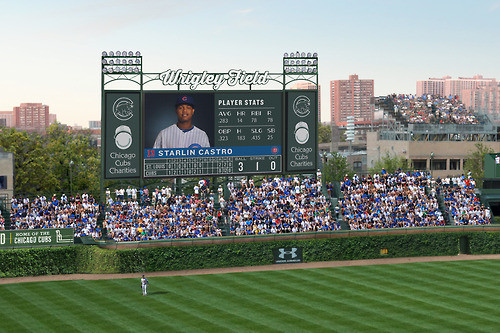 (CBS) With so many fans so weary of rooftop battles and so fatigued with a franchise that’s so seemingly unfocused on fielding a winning team – or even a so-so one – anytime soon, the Chicago Cubs are stuck between a rock and a dull place.

And they need to find a way out, as hard as that might be.

Otherwise, they’re liable to end up killing off half their fan base from sheer boredom.

In the article, Sullivan interviewed some TV production people about one such fresh idea. He asked them if the Cubs could perhaps mimic the Blackhawks by erecting virtual TV ads at Wrigley in place of the giant beer sign slated to be put up in right field.