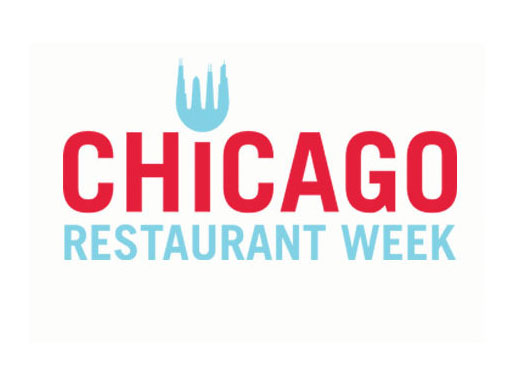 From the Saturday, Feb. 25, editions of The Daily Journal (Kankakee, Ill.) and The Times (Ottawa, Ill.) …

Such as Restaurant Week, which actually lasts for two.

The city’s 2014 Restaurant Week(s) – which involves participating restaurants offering three-course lunches for $22 and/or three- and four-course dinners for $33 or $44 – began on Friday and runs through Feb. 6, making the event’s seventh annual installment the longest ever.

“To me that’s a good thing,” Chicago Tribune food critic Phil Vettel wrote this week. “It tells me that the menus are discounted low enough to attract customers, but not so low that it’s a hardship for restaurants to offer them. The fact that there are more than 250 participating restaurants (about the same as last year) tells me that too.”

Most of the establishments taking part in Restaurant Week are in Chicago, but there are also at least 20 suburban participants. A full list can be found at eatitupchicago.com, where you can also book a table.

TimeOut Chicago warns about Restaurant Week’s crowds and potentially harried servers – since bills are smaller, so are their tips – but neither concern should stop anyone from taking advantage of great deals at great restaurants. Just be sure to book reservations online ahead of time – or call, as some places hold extra seats for phone-in customers.

With all that in mind, here are six Restaurant Week participants that I’ve enjoyed visiting in the past, and would certainly enjoy visiting again.

With its well-deserved Bib Gourmand award, GT – named after its chef Guiseppe Tentori – is one of my favorite seafood restaurants in Chicago. For lunch, you can get clam chowder, a lobster roll and key lime pie for just $22 at the River North venue, which according to TimeOut Chicago is a savings of $26.

Owned by celebrity couple Bill and Giuliana Rancic, this hotspot is popular with Chicago athletes and other notables. For $44, its dinner menu includes provolone-stuffed peppers, prime-beef meatballs, ravioli alla RPM.

During Restaurant Week, it’s offering lunch and dinner options that include entrees such as steamed Vietnamese ravioli, beignets stuffed with shrimp, chicken and vegetables and grilled trout served steamed in a banana leaf.

When compiling a list of the most unique restaurant environments in Chicago, The Bedford is a lock – literally. Located in the basement of what originally was a bank built in the 1920s, it features “The Vault,” where patrons can sit while surrounded by copper safety deposit boxes and enormous steel doors.

Offering perhaps the best tacos in Chicago, this River North hotspot
allows you to mix and match by choosing four tacos from options ranging from skirt steak to shrimp to chicken to wild mushrooms to two types of fish and pork.

There also are guacamole and ceviche choices, and the dinner menu is $33 per guest, or $40 including one beverage. Knowing the quality of Mercadito’s cocktails, I’d go with the latter.

For Bears fans, just seeing all the memorabilia on the walls is worth a visit. But so is the food. Lunch and dinner options at Ditka’s include the Angus Prime Rib, South African Lobster Tail, the “Fridge” prime burger and “Da Pork Chop.” I personally recommend the Twin Filet & Crab Medallions.