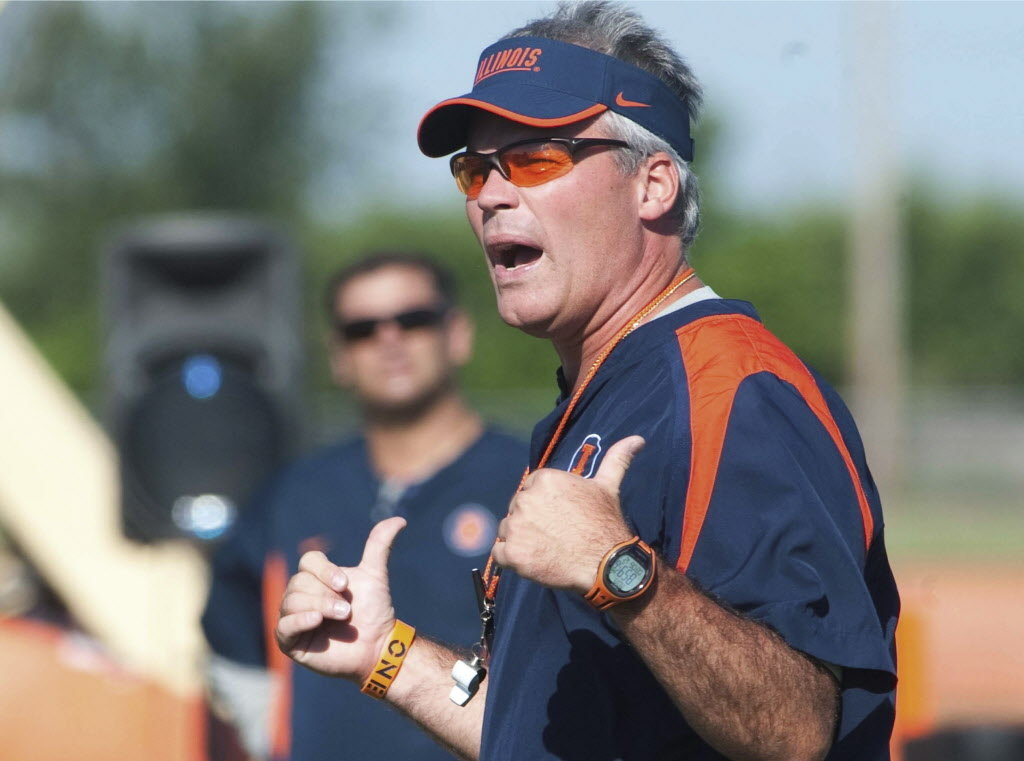 (CBS) On the campus of the University of Illinois, the Bielfeldt Athletic Administration Building sits between Florida Avenue and St. Mary’s Road.

But when it comes to the Fighting Illini football program, it might as well be stuck between a rock and a hard place.

With Illinois’ narrow 20-16 victory over a hapless Purdue team on Saturday, Tim Beckman successfully snapped both the program’s 20-game Big Ten losing streak and his own personal 14-game conference drought. Undoubtedly, it was good to finally see the Illini’s ignominious streak go up in smoke, but I can’t say that the win over the 1-10 Boilermakers got me any more fired up about Beckman and his tenure.

Although it’s almost certainly kept him from being fired.

For better or worse, with Thomas having money and his reputation invested in him, Tim Beckman – having now doubled last season’s two-win total and finally secured that elusive Big Ten victory – is expected to be back for a third season in 2014.

But what exactly does that mean for next year’s expectations for the Illini, and the program at large beyond that?