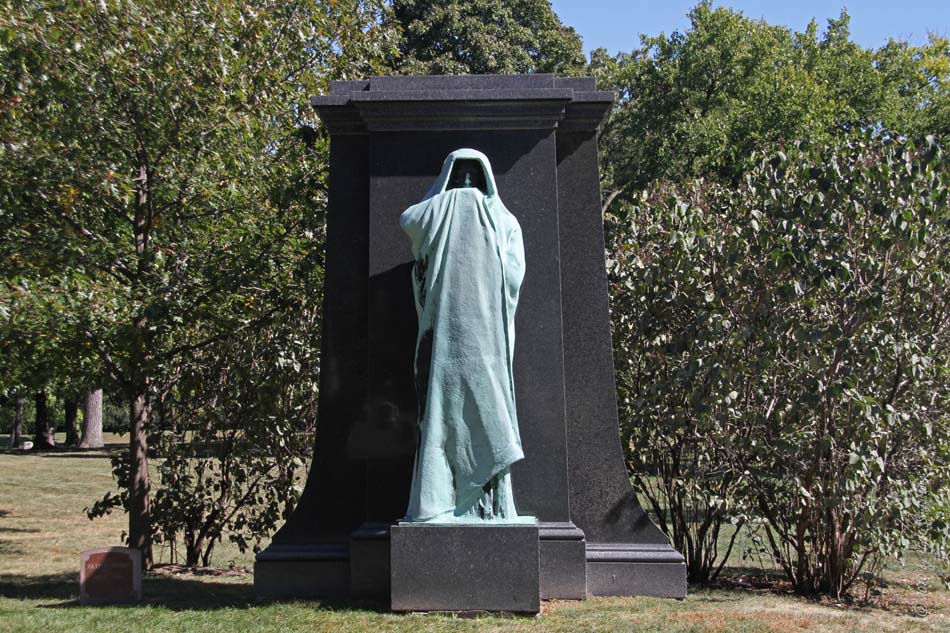 From the Saturday, Oct. 26, editions of The Daily Journal (Kankakee, Ill.) and The Times (Ottawa, Ill.) …

Over the decades, Chicago has been home to a lot of people.

So it serves to notice that the city would be home to a lot of graveyards, too.

Although, earlier this month, a crew of construction workers didn’t realize that one of Chicago’s largest cemeteries still exists beneath one of its toniest neighborhoods. During the first week of October, the men were digging near a garden apartment in the Gold Coast when just six inches beneath loose soil they unearthed a bone, which they initially thought belonged to an animal.

“We kept digging, and it was more bones and more bones,” Gerardo Munoz told the Chicago news website DNAinfo.com. “Human bones – it was the ribs and the leg bones. I thought, ‘Now this looks a little weird.’”

The police were called and the medical examiner alerted, but it wasn’t weird enough for them to open an investigation. After all, since the late 1800s when the public Chicago City Cemetery was transformed into Lincoln Park, Lake Shore Drive and residential areas – such as the ritzy Gold Coast – human bones have regularly popped up during construction.

Northwestern University researcher Pamela Bannos estimates that more than 35,000 people were buried in the area up through the mid-1880s, and that the bones of 10,000 to 12,000 bodies still remain there.

“It’s almost safe to say that if you dig on Dearborn or State Street, you’ll find something,” she told DNAinfo.com.

With those haunting thoughts – and with Halloween looming – I thought I’d share with you details about those buried in two of Chicago’s most famous existing cemeteries and the ghost stories that also live there.

Located along Clark Street just a few blocks north of a different kind of burial ground – Wrigley Field – on Chicago’s North Side, Graceland is the resting place of a veritable Who’s Who of the city’s dead.

Graceland is also home to some spooky spots, including the tomb of hotelier Dexter Graves, which features a statue of a cloaked figure that’s called both “Eternal Silence” and “Statue of Death.” Created by Lorado Taft in 1909, the sculpture once was entirely black. The elements have now turned it greenish, but its face remains dark and legend has it that if you look into it, you’ll see your own death.

Certainly, that’s not true. But I think I’ll pass on testing it out just the same.

Located along Ravenswood Avenue on the city’s North Side, Chicago’s oldest and largest cemetery actually earned its name through a clerical error. The area was previously called Roe’s Hill for nearby farmer Hiram Roe, but somehow became Rosehill in the City Clerk’s office.

Rosehill, of course, also has its own famous ghost story. In the late 1800s, a woman named Frances Pearce died only a few months before her baby daughter passed away.

Distraught, Frances’ husband had a statue made of both of them and placed above their tomb. Today, it rests inside a plexiglass box, and it’s said that on the anniversary of their deaths, it fills with a white mist.

Have a Happy Halloween, everyone.