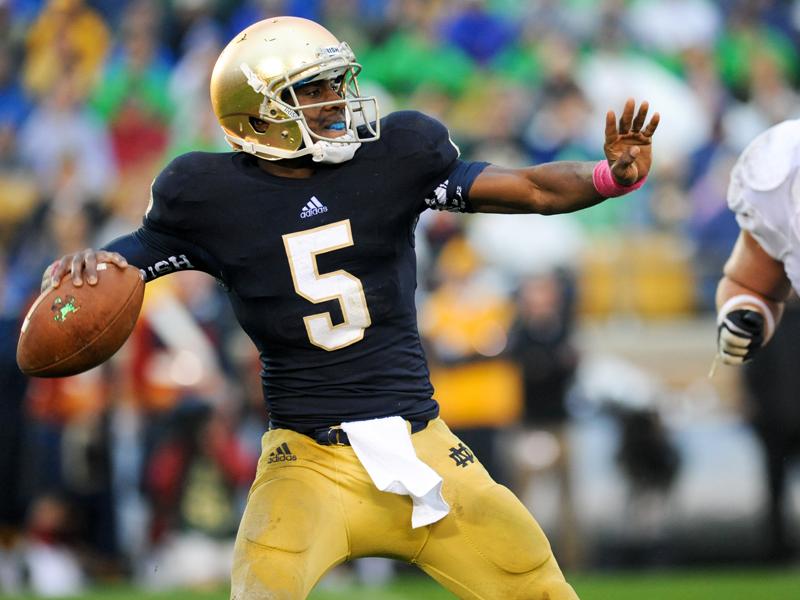 (CBS) Over the past few years – and months – Notre Dame has taken its share of big hits. But what the university hasn’t taken is big responsibility.

Until this weekend, that is.

On Saturday night, news broke that Notre Dame starting quarterback Everett Golson, who led the Irish to the BCS championship game in January, would not be playing for the team this year. Following an offseason during which the Irish had already dealt with the fallout from their blowout loss to Alabama, coach Brian Kelly’s flirtations with the NFL, and the bizarre Manti Te’o fake girlfriend saga, word that Golson would now be gone for the upcoming season was nothing short of stunning.

It was also quite shocking. After all, over the past three years, Notre Dame has been accused of mishandling two accusations of sexual assault involving football players, dodging responsibility for a tower collapse that killed student videographer Declan Sullivan during a windstorm, and failing to suspend star receiver Michael Floyd for any games in 2011 following a DUI arrest that was his third alcohol-related brush with the law.

So, considering how eager the school has seemingly been to protect its football players and team reputation, what could have possibly driven Notre Dame to actually suspend its starting QB for the entire season?