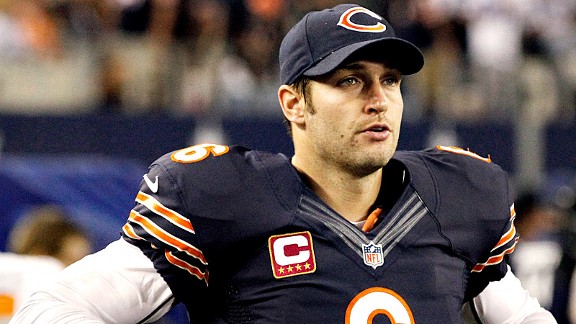 (CBS) They’ve upgraded their offensive line, beefed up their receiving corps and even hired a new head coach whose affinity is actually for scoring points, rather than preventing them.

Yes, as the Chicago Bears begin preparations for the summer, there’s little doubt that they’ve gone all in on quarterback Jay Cutler for the 2013 season.

But, I can’t help but wonder, is Cutler all in on the Bears?

And if he’s not – or if he struggles – where will the team go from there?

On Monday, the Chicago Tribune’s Dan Pompei wrote that, “Bears fans may be more panicked about Josh McCown being the team’s backup quarterback than they were about the Chicago-area water levels being higher than sled hills last month.”

He then added about the iffy McCown, “Understandable.”

But, as Pompei pointed out in his column, most other NFL teams are in a similar boat, as quality backup QBs are in short supply throughout the league. And what I’m actually most curious about is what the Bears’ backup plan is in a potential post-Cutler world, something that could arrive as soon as next season.