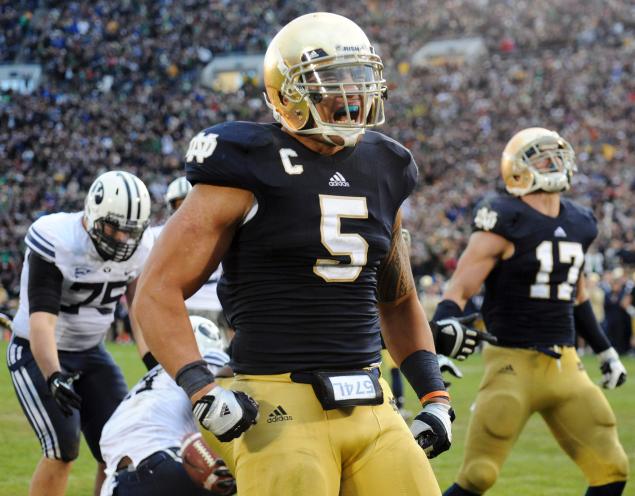 (CBS) At least out on the football field, the hits stop when the whistle blows. But in the case of Manti Te’o, they just seem to keep piling up.

This morning, the New York Daily News reported “the bizarre Manti Te’o fake girlfriend frenzy reached a new low – with a high pitched confession.” According to the attorney of hoax mastermind Ronaiah Tuiasosopo, it was the scammer himself who was on the other end of the many phone calls with the Notre Dame star, using a falsetto voice to pose as Teo’s supposed girlfriend “Lennay Kekua.”

Te’o “thought it was a female he was talking with,” lawyer Milton Grimes told the Daily News. “It was Ronaiah as Lennay.”

Talk about your unnecessary roughness.

As embarrassing as this episode is – and will surely continue to be – for Te’o, it doesn’t change the fact that the 6-foot-2, 255-pound linebacker remains an elite football talent. Once projected by many draft analysts as a Top 10 pick, the Heisman Trophy runner-up is still headed to the NFL even after his lackluster BCS championship performance and the fallout from this scandal.