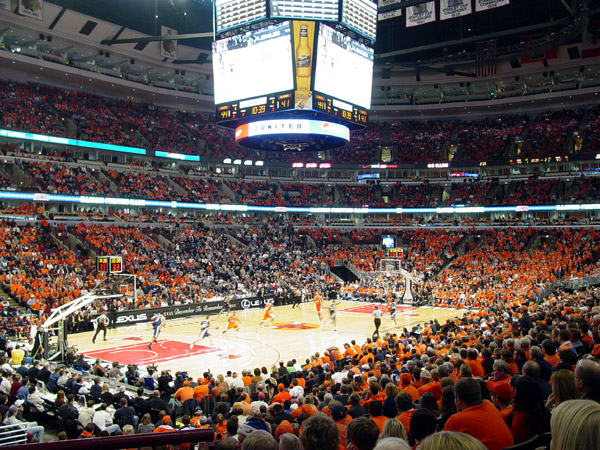 (CBS) Chicago is in Illinois.

But in many ways, Illinois is still trying to get into Chicago.

As part of its ongoing efforts to expand the Illini’s presence in the Windy City, the University of Illinois athletic department since just February has formed cross-promotional partnerships with the Chicago White Sox and the Chicago Fire, rolled out a new marketing slogan (“Our State. Our Team.”) to counter Northwestern’s motto (“Chicago’s Big Ten Team”), and announced that it will host the University of Washington football team at Soldier Field in 2013.

Last week, Illinois took yet another step toward sinking its teeth deeper into the city when the school announced the addition of a new Director of Development/Chicago Operations to its staff.

“Zach Goines brings a great deal of experience and success to the I FUND staff as he directs our Chicago operations,” Illinois athletic director Mike Thomas said about his newest team member, who previously held positions at Miami, Marquette and Connecticut. “Zach has served as a development director at three major institutions prior to coming to Illinois, and has extensive experience working in the Chicagoland area. He will play a big role as we continue to bring more Illini events and enhanced exposure to the Chicago area.”