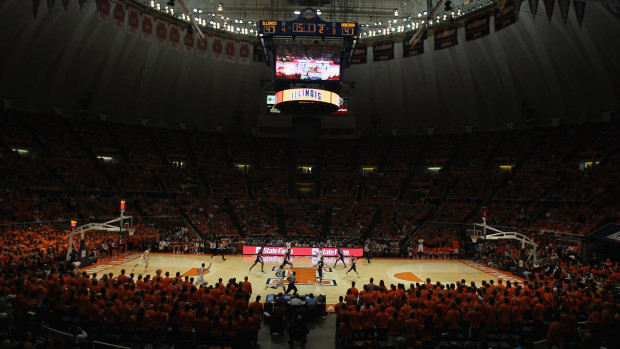 My June 28 column from CBSChicago.com …

(CBS) It’s been so long since the IHSA boys’ basketball state tournament left Champaign that when it was last held in town, the high school players in the Class of 2015 weren’t even born yet.

Neither were those in the Class of 2014, for that matter.

And that’s simply far too long.

“It should have never left,” Big Ten Network analyst and former University of Illinois point guard Stephen Bardo told Champaign’s WCIA 3 News last week when asked about the state tournament’s exodus to Peoria in 1995. “It was a huge draw.”

And after years of decreasing buzz and diminishing crowds, I believe the tournament potentially could be that again – but only if it returns to Champaign and the soon-to-be-refurbished State Farm Center.

Last week, the IHSA announced that it’s accepting bids from cities wishing to host the state championships from 2016 to 2020, which prompted the tourism bureau “Visit Champaign County” and the University of Illinois to say that they will be working together to bring the finals back.