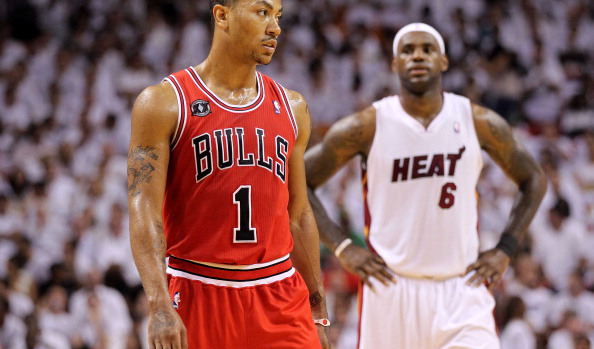 Well, you know who could help avoid that? Derrick Rose.

But only if he will.

Last Saturday, the New York Daily News published comments from an NBA source claiming that Chicago’s twice-injured superstar “is worried that the Bulls are going to lose what they have. He doesn’t want to go through rebuilding.”

“Rose has told several confidantes,” Daily News reporter Mitch Lawrence elaborated, “that he is worried that the Bulls will start to let the team hit the skids by allowing key players to leave via free agency, forcing him to go through a rebuilding program that he wants no part of.”

Bulls fans also want no part of another lengthy rehab process with Rose, but, hey, we don’t always get what we want. And while I’m not eager to rip Derrick for not wanting to come back to a weak team in 2014-15 – who would? – the guy also can’t simply have his cake and eat it too. And if Derrick wants to return to a strong lineup next year, then he’s going to need to work on more than just his knee during this latest round of recovery.